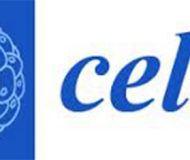 Researchers at CIBER Cardiovascular Diseases (CIBERCV), including members of the Research Group Regulatory Mechanisms of Cardiovascular Remodeling at the Research Institute of the Hospital de la Santa Creu i Sant Pau – IIB Sant Pau, have made progress in identifying the involvement of the connective protein 43 (Cx43) that could be key to understanding the mechanisms by which cardiac fibrosis occurs, as they are currently not fully known and there are no effective therapies to reverse it.

In a research published in the journal Cells, led by Antonio Rodríguez Sinovas of the Vall d’Hebron Research Institute in Barcelona, and in which the group of Ph. José Martínez González from the Consejo Superior de Investigaciones Científicas and researchers from the Grupo de Investigación mecanismos Reguladores del Remodelado Cardiovascular del Instituto de Investigación del Hospital de la Santa Creu i Sant Pau – IIB Sant Pau, all of them belonging to the ‘CIBERCV, have studied the mechanisms through which this protein regulates the appearance of fibrosis after pressure overload using a murine transgenic model.

The connections are a family of membrane proteins with a characteristic structure, which form intercellular channels that contact the cytoplasms of neighbouring cells. In the heart, they form plates called “gap junctions” that constitute low resistance pathways that are essential to allow the flow of electric current between the cells. Cx43 is widely distributed in most tissues, including cardiac cells (cardiomyocytes, fibroblasts, endothelial and smooth muscle cells).

During a pressure overload, such as that occurring in patients with hypertension or obstruction of the left ventricular outflow tract, there is increased resistance to blood leaving the heart. This leads, as a compensatory mechanism, to the development of cardiac dilatation and hypertrophy. But although cardiac hypertrophy is initially an adaptive process necessary to maintain cardiac output, it rapidly progresses to a pathological situation, resulting in cardiac cell death and fibrosis. The appearance of fibrosis is especially relevant, as it reduces contractility and causes diastolic dysfunction.

“Cx43 is an essential protein in cardiac function. It plays a key role in the propagation of the electrical impulse, and therefore in the appearance of ventricular arrhythmias”, says CIBERCV researcher Antonio Rodríguez Sinovas, responsible for this work, who explains that “in addition, it participates in the extension of myocardial damage by ischemia-reperfusion during myocardial infarction”. He adds that “until now there were contradictory data on its possible influence on cardiac scarring. Our work has shown that modulating Cx43 expression is associated with changes in collagen deposition after treatment with angiotensin II. Thus, a marked reduction in Cx43 expression causes a decrease in collagen accumulation with respect to its control group, thus improving ventricular remodeling. These data suggest, therefore, that this protein would be involved in the process of cardiac scarring.

Furthermore, using molecular and cellular biology techniques, the authors have been able to determine that Cx43 can exert its effects on cardiac scarring by modulating the activity of metalloproteins, as well as the inflammatory response and the activity of fibroblasts.

Link to the reference article: